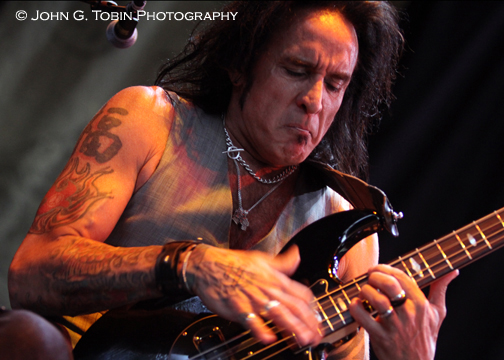 In late 2009, Scott Gorham began to assemble the latest version of Thin Lizzy. In May 2010, after months of work and preparation, a new line-up was announced. Joining Gorham was original drummer Brian Downey, long-standing keyboardist Darren Wharton, Def Leppard guitarist Vivian Campbell, and singer Ricky Warwick from The Almighty, while Marco Mendoza returned to fill the bass guitar role. In addition to a full UK and European tour kicking off in January 2011, the band initially announced a concert for 4 January at the O2 Arena in Dublin, which would be in conflict with the “Vibe for Philo”. The tour itself started on 6 January at the Music Hall Aberdeen in the UK, with the band finishing the tour in The Olympia Dublin on 17 February 2011. In March 2011, Gorham told Billboard.com that Thin Lizzy may record a new album in the future, saying “That’s the No. 1 question we’re getting from people – are we gonna record some new material? The fans seem to trust this line-up, and I don’t blame them. We’ve kind of jumped this emotional hurdle together. Ricky’s writing some fucking killer lyrics, and with the kind of talent that’s in Thin Lizzy now I think we can pull off a really cool set of tunes. At least it’s something that we can think about now, where before it wasn’t on the table.”

It was announced in April that Vivian Campbell would have to leave Thin Lizzy to rejoin Def Leppard after one final gig on 28 May. He was replaced by Guns N’ Roses guitarist Richard Fortus. On 28 August, it was announced that Damon Johnson of Alice Cooper’s band would be replacing Fortus for Thin Lizzy’s tour of the US with Judas Priest. Fortus returns to tour with Guns N’ Roses for the rest of the year.

END_OF_DOCUMENT_TOKEN_TO_BE_REPLACED 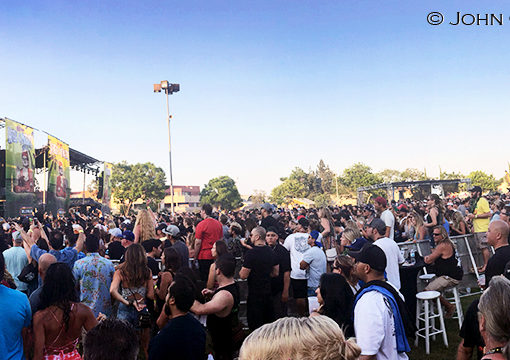